Whether you’re a gamer looking to introduce your family to the world of tabletop games, or a family looking to spend a little more quality time together away from those devices, these are some of our favourite family games that are a hit with all experiences and ages, from kids to grandparents! In part 2 we take a look at the cut-throat world of competitive board games!

(I have included the recommended age for each game as well as the Board Game Geek community age rating where this differs from the publishers rating.)

When you think of competitive board games you might be forgiven for thinking of Monopoly, a game which holds a place in all our hearts. The scarred part from our childhood most likely.

My main gripe with Monopoly is player elimination. This does not make for a fun family game, when half the family end up watching the other half finish the game! These four games will let you go head to head with one another without leaving anyone sitting on the sidelines! 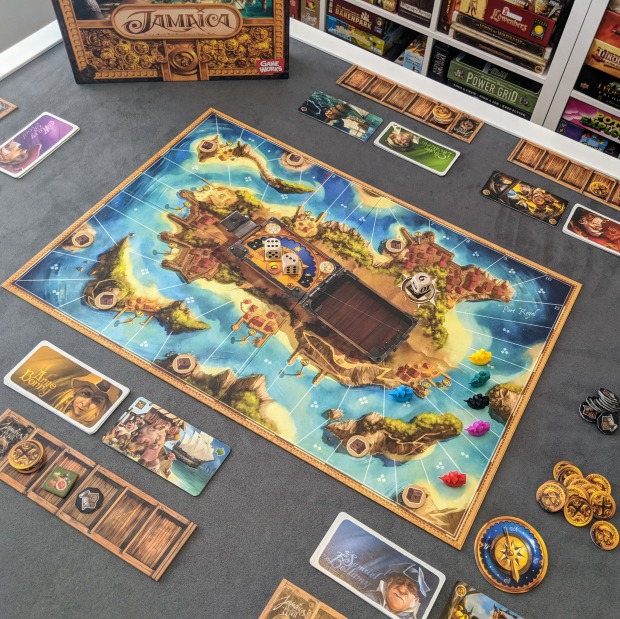 Jamaica is a game of pirates and booty where you race around the island collecting as many resources as possible whilst trying to make it over the finish line first! You’ll need food to keep your crew going through the race as well as gold to pass through various ports, and most importantly cannons so you can fight the other ships to steal their loot!

The movement mechanic is pretty interesting as everyone has the same deck of cards, from which you have a hand of 3 cards at all times. The ‘captain’ for that round rolls two dice which determine the quantity of actions (depicted on the cards) you can take on a turn. If the dice are rolled to 2 and 5 and you play a ‘food and move forward’ card then you take 2 food and move forward 5 spaces. This means everyone has the same cards but will play them at different times with different dice values.

Getting over the finish line is ideal as it gives you 15 victory points to add to your gold count, but doesn’t necessarily mean you’ll win if someone comes in 2nd and has more gold! 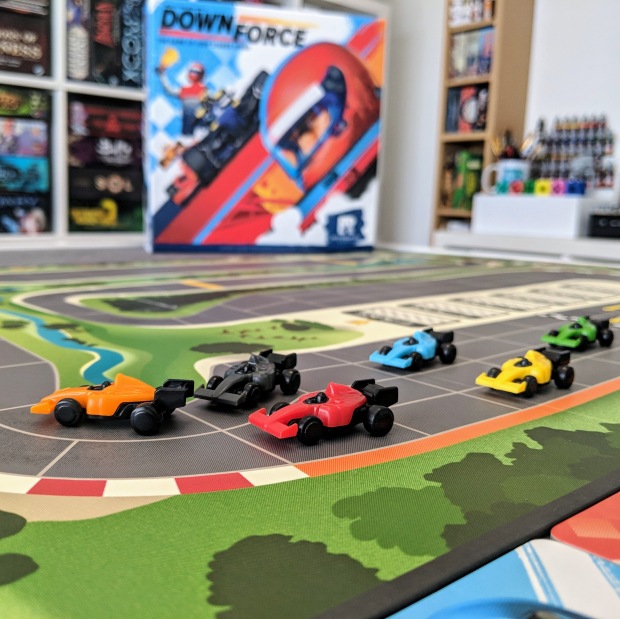 I know what you’re thinking… another racing game?! Well Downforce is a racing game with a twist, because you don’t have to make it past the start line to win the game! Although it doesn’t hurt.

In Downforce you are not only racing, but also betting on the race and you can bet on others to win the race. You can play cards that help or hinder others in an effort to get your preferred car over the finish line first! 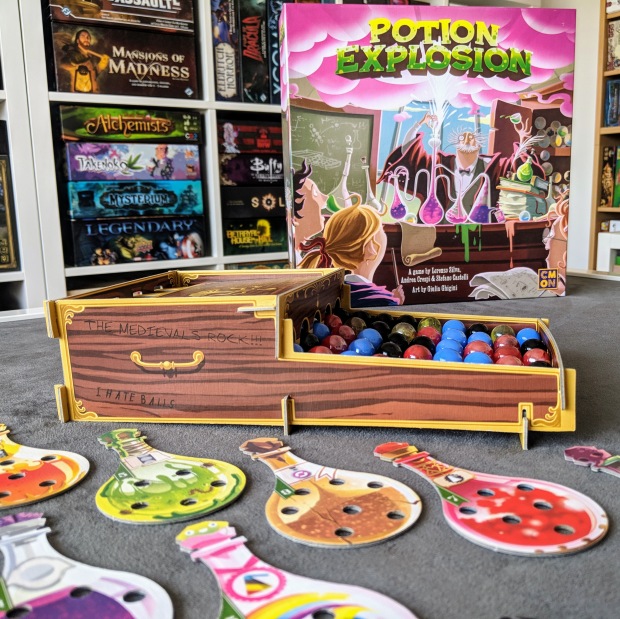 Potion Explosion is just one of those games where if you see it on a table, you can’t help but want to play it. Or at least play with that marble contraption!

The aim of the game is to make potions, lots of them! Collect sets of 3 or complete 5 unique potions to win a rosette from a limited supply. Once they are all won it’s time to count up the victory points for each completed potion.

You complete potions by taking marbles from the quite frankly, awesome contraption. If when you take a marble it causes two marbles of the same colour to collide, it causes an ‘explosion’ and you get to take all the marbles of that colour that are connected. If removing those causes another explosion, you get those too! It’s a pretty sweet feeling when you come away with 12 marbles even if you only did need two of them… 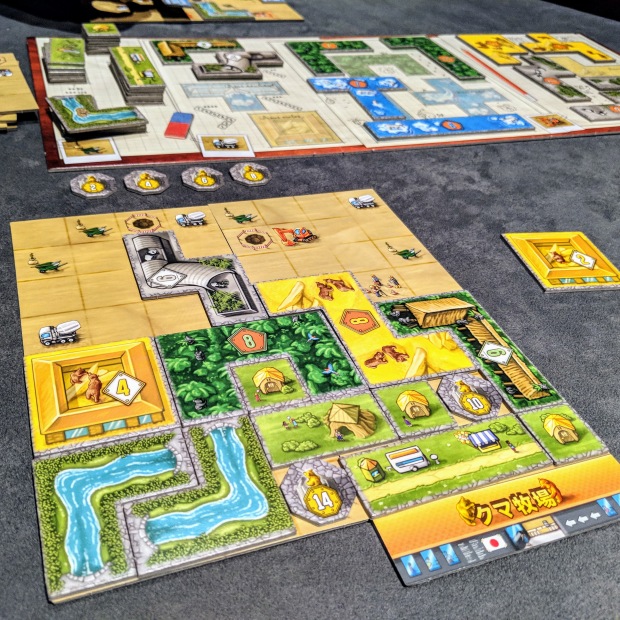 Bärenpark is a game of building bear parks and who doesn’t love bear parks? Of all the games on this list, this is the least competitive competitive game… it’s pretty light on player interaction so it’s a really great option is you just want a nice quiet game without any arguments! The aim of the game is to fill each of the four park tiles with bear houses (white icons), enclosures (orange icons) and green spaces used to fill in those awkward areas!

When you complete one of the four tiles, you fill in your pit with a bear statue which earns you points at the end of the game along with all the houses and enclosure tiles. When a player builds their fourth bear statue, each player gets one last turn and then the game ends, player with the most points wins!