What I played last week

Tuesday | 2 players – After an entire week without a single game (life got in the way), I decided it was time to crack out one of our ‘Pack o Games’ at lunchtime. This was our first time playing SPY and we still have quite a few of the games to play through!

SPY is a really unique game, but relies heavily on memory which isn’t my strong suit! You are a spy working your way through the secret lair of the enemy spy, trying to break into their vault and steal their secrets, but the lair is rigged with bombs, which once you uncover, get lit… forget where they are and you’ll get blown up! 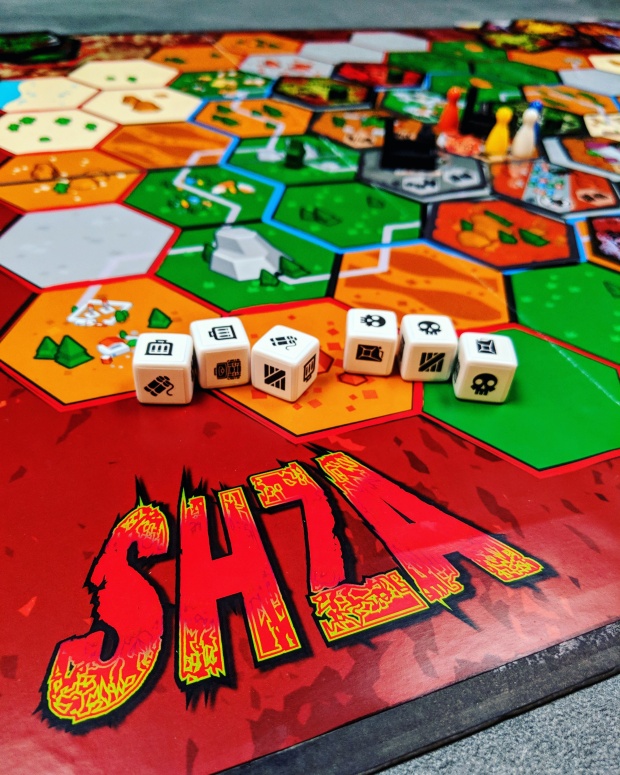 Wednesday | 3 players – I was asked by the creator of SHZA (a.k.a Super Hexagon Zombie Apocalypse) if I would like to play test this game, and with the mention of Zombies and Co-op I was in! So Wednesday game night we decided to give it a go and I got a rule wrong which turned out was pretty important! This made the game super easy which didn’t seem right…

Sunday | 2 players – I found out where I had gone wrong, which was entirely my own fault and I can now confirm this game is HARD!

Co-op, zombies and dice rolling may have you thinking this game is going to be similar to games such as Zombicide or Dead of Winter but I was pleased to see that this is a pretty unique game (at least as far as I can tell). Rather than attacking individual zombies and trying to explore, you are actually just trying to defend your settlement from entire hordes of zombies (a.k.a Zhordes). Remember that season of The Walking Dead where they are in the prison and the zombies come to the fence and they do nothing about it and you don’t understand why they don’t just draw up a rota and keep stabbing them through the fence all day to keep on top of things? This game is nothing like that. It is a full onslaught of zombies all of the time!

And as for those dice, well they can be cruel just like any other but you also have the ability to collect the resources you need to help defeat the Zhordes, which shifts the luck/strategy dynamics a little which I always prefer (dice are not my friends).

If that sounds like your cup of tea, you can find SHZA on Instagram here, coming to Kickstarter soon! 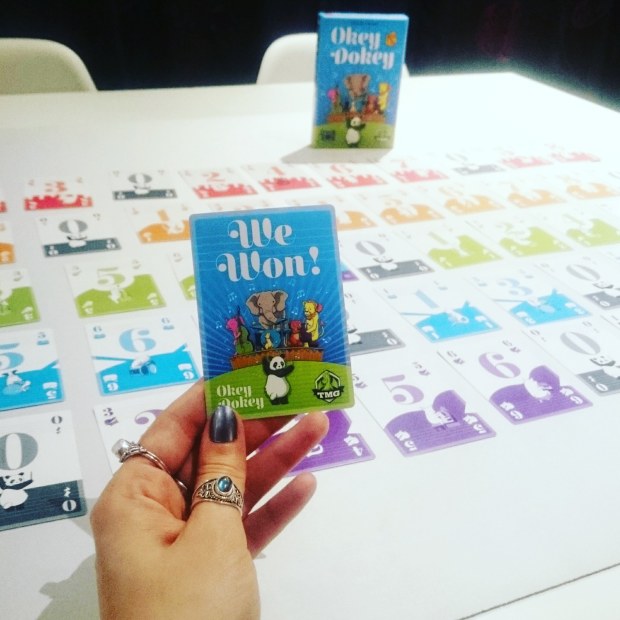 Wednesday | 4 players – Wednesday game night started a little later than usual so we didn’t have much time after playing SHZA so we just finished off with a little Okey Dokey!

EXIT: The Game – The Abandoned Cabin

Friday | 2 players – Friday night we wanted to play one of our escape room games, it was between Unlock! and Exit and we went with Exit as we’d only played 1 of the 3 we own! No photos or spoilers so…. it was fun. Buy it. 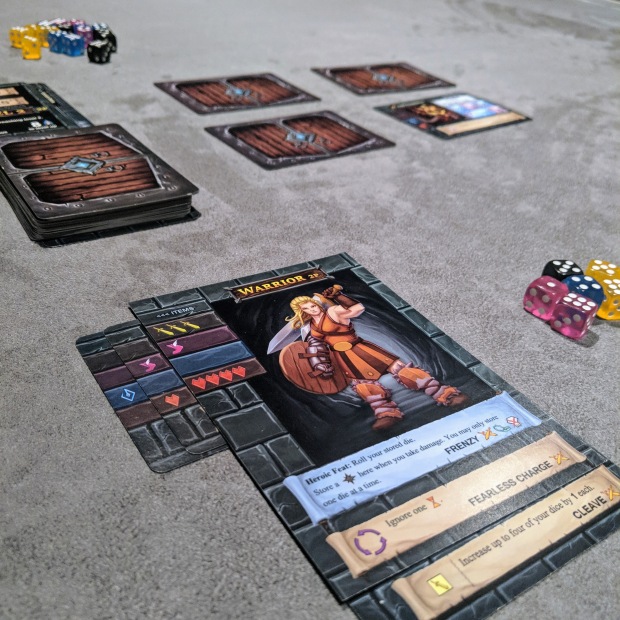 Saturday | 2 players – Saturday night we went dungeon crawling with One Deck Dungeon. It’s been a while since we played this which is why we added it to our 10×10 and we’ve yet to look at the campaign side of it so I think we’ll definitely start a campaign next play. I’m also very tempted to get the expansion, any recommendations out there? 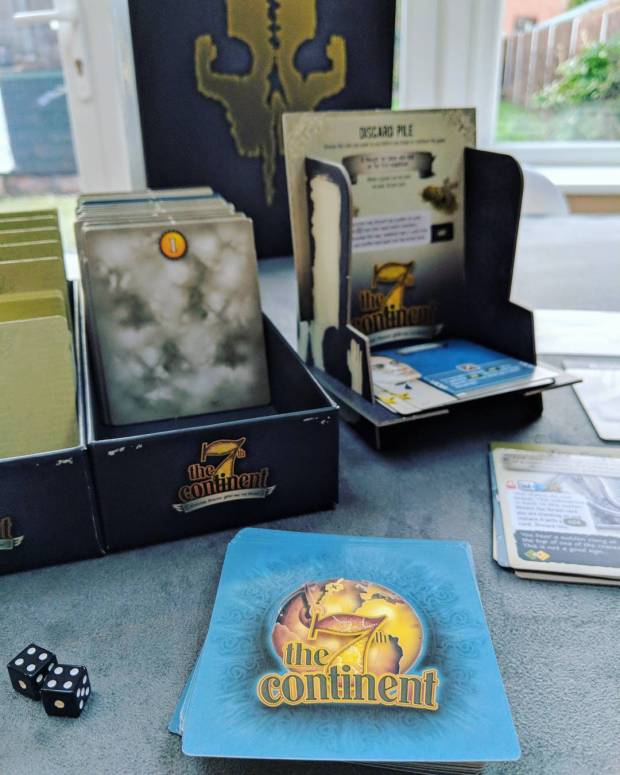 Sunday | 2 players – Sunday evening we got another 10×10 to the table, The 7th Continent! This was our first play and we really enjoyed it but I’ll hold off final judgement till we’ve played a little more as it’s such a huge game. We saved the game after about 2 hours to pick up again soon!

What I bought last week

I was just feeling all virtuous about not buying any games this week then I remembered we did buy a game this week… but it was only £5.69 so that hardly counts right?!

This was definitely an impulse purchase as it was so crazy cheap but I did first check with Tom Vasel over on the Dice Tower and he’s given it his approval so into the collection it goes! I read one comment from a guy saying it replaced Dark Moon for them, which seems like a crazy statement to make, but we’ll see!

Plus it has Damian Lewis on the cover, so… maybe I should binge watch all 6 seasons to prepare for it…